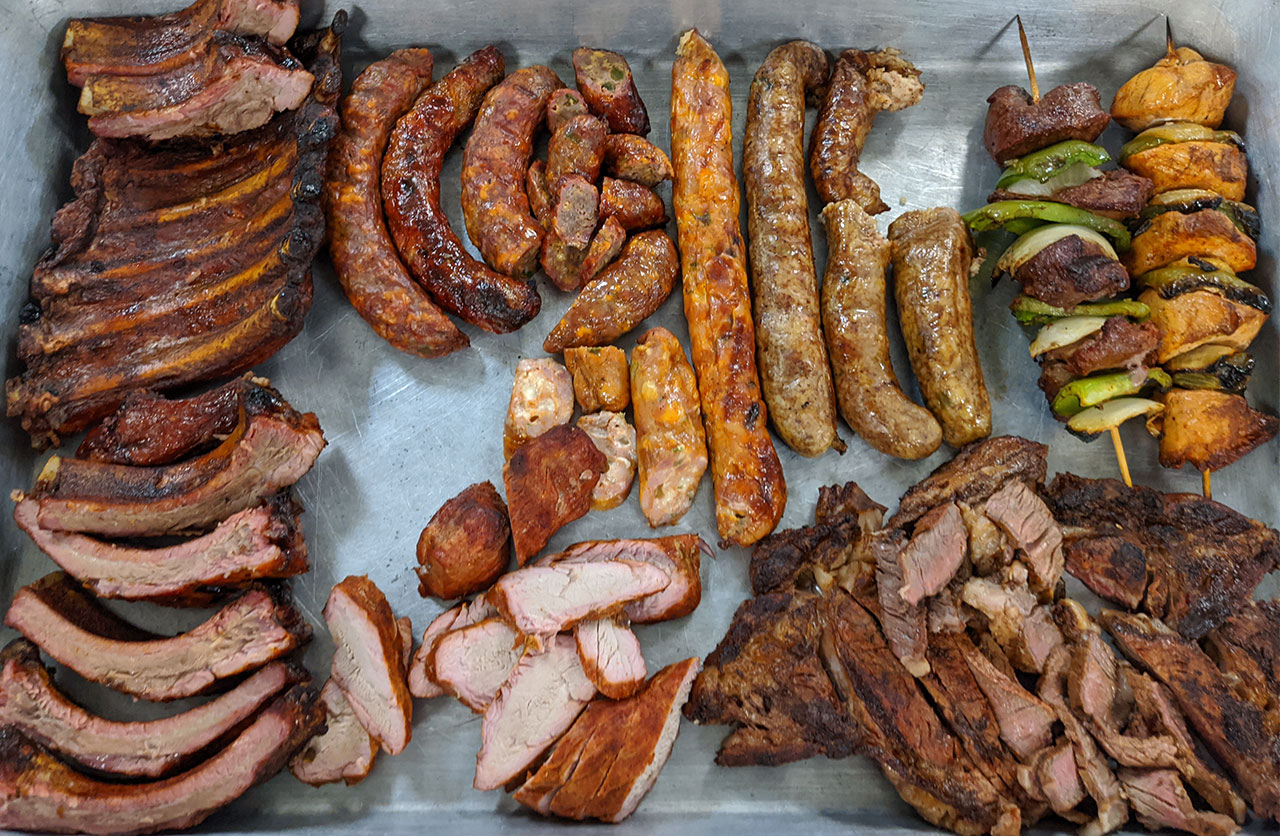 Gourmet Butcher Block is a Cajun Meat Market located in Gretna Louisiana. We are also the home of the All-Madden Turducken

Cajun Food: This style of cooking is named for the French-speaking Acadian people deported by the British from Acadia in Canada to the Acadiana region of Louisiana. It is what could be called a rustic cuisine created predominately with with local ingredients and preparation is simple. An authentic Cajun meal is usually a three-pot affair: one pot dedicated to the main dish, one dedicated to steamed rice, specially made sausages, or some seafood dish, and the third containing whatever vegetable is plentiful or available. Shrimp and pork sausage are staple meats used in a variety of dishes.

The base of most of the Cajun cuisines consists of the holy trinity. The holy trinity is a combination of green bell pepper (poivron), onion and celery. These three vegetables are roughly diced and combined in cooking. This method of cooking is similar to the use of the mirepoix in traditional French cuisine which blends roughly diced onion, celery and carrot. Additional aromatics ingredients for the Creole version may also include parsley, bay leaf, green onions, dried cayenne pepper and dried black pepper.

“My idea of fast food is a mallard.”

“If God did not intend for us to eat animals, then why did he make them out of meat?”

“Primarily I’m a meat man, although once in a while I toy with a few vegetables.”

“In America, I would say New York and New Orleans are the two most interesting food towns. In New Orleans, they don’t have a bad deli. There’s no mediocrity accepted.”

“Let food be thy medicine and medicine be thy food.”